For some of us, it’s been a rough few months.Although February’s temperatures here in Central Texas have sown the seeds of fear in my heart – I’ll go on record right now and predict a prolonged and incendiary summer – maybe it’s just as well. Spring is rolling in and I’ve been glad to remember its mere existence is comforting.

This clutch of paperwhites lives in front of a house Travis and I walk by whenever we are set on getting our day’s 10,000 steps in one go. If “the force that through the green fuse drives the flower” doesn’t cheer me, I don’t know what would. Every year I mean to put in bulbs and when the time comes I mostly don’t.

Without making any conscious connection to new growth as a pick-me-up, one morning I decided that a number of the agave in the sidewalk garden had to go. Life seemed difficult enough without residents of the garden inflicting painful injuries on me at every turn. Besides, Floyd had just purchased some new batteries for the Saws-All, one of my top three favorite tools of all time. I put on a heavy welding shirt, my heaviest garden gloves, and commenced hacking. With both of us going at agave with saw, shovel, and whatever implements we could bring to the fray, a deeply unpleasant chore was – for the moment – accomplished.

It’s not very nice to admit that two days of sawing, chopping, digging, and bagging up perfectly nice plants is extremely stress-relieving, but there it is. Good and sore by the time I dumped in two bags of compost, it was only a matter of hours before I drove over to The Natural Gardener. I just couldn’t wait for the pleasure of new plants, especially ones that should flower profusely and welcome bees, butterflies, and hummingbirds.

I’d chosen a couple of dark-flowered lantana because last summer I suffered serious envy whenever Travis and I would walk along a nearby street. One front yard boasted an enormous flock of lantana that seemed to be in flower all through the hot months.

I added a couple of gold lantana because I always admire them and never have any. They should look wonderful when the purple trailing lantana starts doing its thing. What else? Pink gaura, black-eyed Susan and blanket flower (can’t wait for seeds to produce), a couple of rock roses, purple coneflower… I was feeling better by the minute.

Somewhere along in here, on a very windy afternoon, I drove up to Salado to browse the antique shops. First stop? Mud Pies Pottery. Please trust me on the fudge. I brought home a chunk laced with creamy espresso. But I also brought home a berry bowl. My mother used her mother’s, china, a fluted footed bowl painted blue, white, and gold with a few pink rosebuds, and holes in the bottom. Mine’s a little more in keeping with my style. I can pretty much shatter china just looking at it; sturdy pottery is a better idea by far.

Other than that, my best find was a vintage Gap flannel shirt worn to silky softness. No regrets there.

Another trek to The Natural Gardener brought me face-to-face with some calla lilies of such seashell-delicate colors I couldn’t resist. The one with the darker flowers was merely chosen to keep the other one company. We can’t have lonely house plants after all, and they bring an armful of beauty to my sewing corner.

Weeks went by, school was under way after a wonderfully long winter break, the days resumed the sameness of the normal. But spring insisted that something new happens every day, and once you turn your back on the political world, that’s not such a terrible thing. 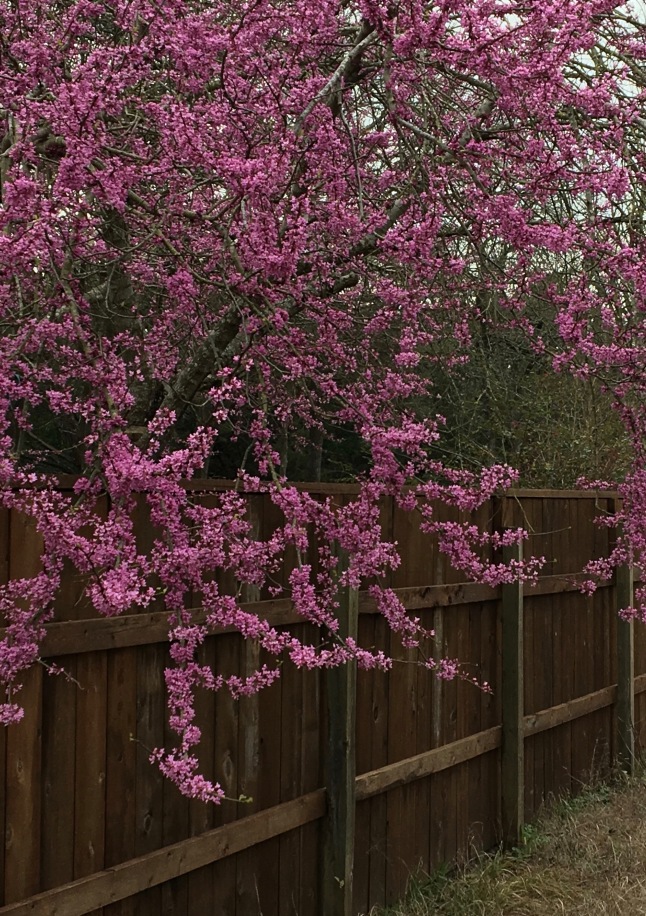 The redbuds are among the first trees to flower around my neighborhood, and while I love how they look against a cloudless sky, on one milky morning I couldn’t resist snapping a portrait. This tree lives in a lovely yard near a gravel path cut through the woods that would be a fine short-cut for kids walking to the fancy pants private school over there, but hardly any of them walk to school. Never mind; Travis and I like to walk that path and check out whether the creek is running, or any interesting fossils have been washed to the rock-strewn surface.

In our own front yard, the Texas mountain laurel – whose buds I’d worried about through all the weeks when a freeze could have blown in at any time of the day or night – is heavy with flowers. You can smell the grape soda perfume from yards away.

Once the flowers are through, I’ll lop that funky cowlick-looking thing off the top. For the moment, too many bees and butterflies are working those flowers for me to interfere.

One of the old cemetery roses in the sidewalk garden has decided to flower. We’re supposed to prune our roses on Valentine’s Day, but this year I didn’t bother. (I’m laughing as I imagine explaining to my teenage self that not pruning roses would one day be a notable act of defiance.)

I figure if you thrive in abandoned cemeteries, you shouldn’t expect much human attention. 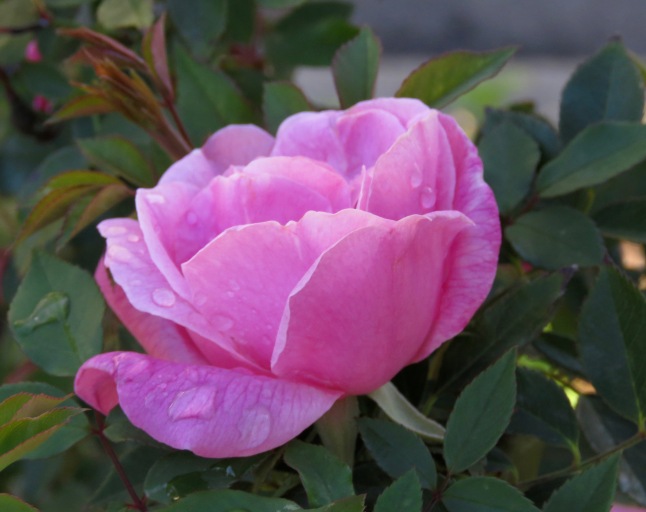 Although I lack the patience (and let’s be honest, the skill) to start things from seed, one exception I make almost every year is nasturtiums. It’s usually good enough to plant them in February in order to have them bloom before the heat becomes unbearable, but this year they may not be fast enough. It’s supposed to be 84 degrees here tomorrow, and we still have a week of February to go.

However, new plants pushing through soil must be small comforts for anybody who knows enough to lean down and pay attention. Bonne chance, little ones.

I am not one for acts of faith, and, given the data, don’t even put much store in the goodness of humanity. But if the events of the last several months have made anything clear for me, it would have to be this: sometimes small comforts have to be enough. While people like Bill and Melinda Gates (are there people like Bill and Melinda Gates?) are able and willing to perform spectacular acts that benefit of millions of people, most of us work in the microcosm.

Sometimes the best I can do on a given day is to act nicer than I actually feel. 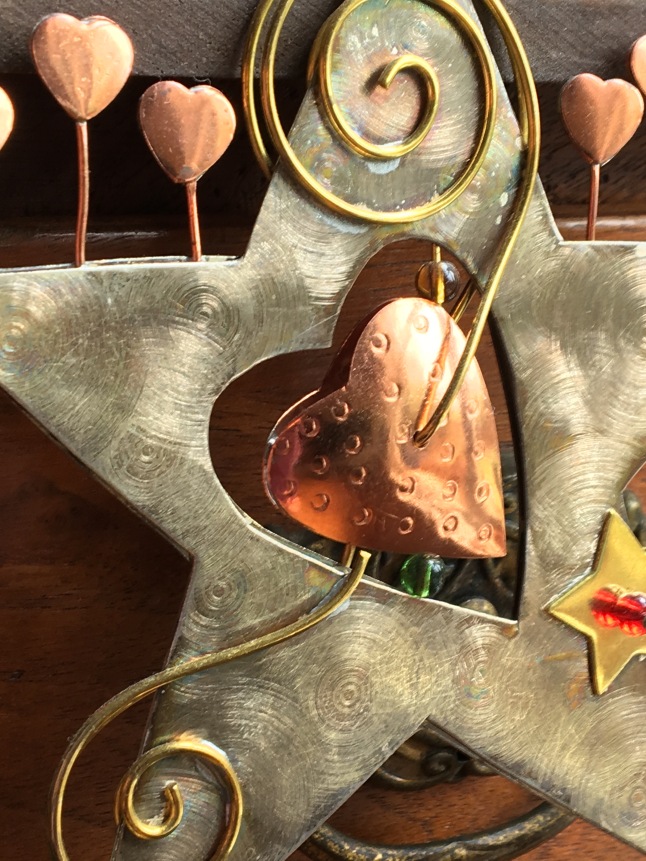