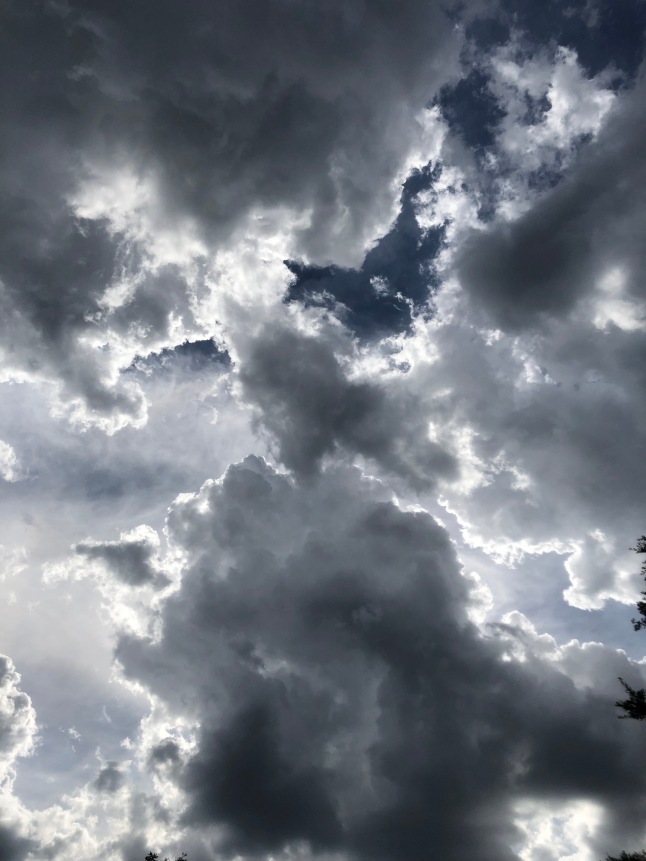 We’re told it’s been our third hottest on record, and I don’t doubt it. We’ve had 51 days over 100 degrees, with 15 of them in a row. This tends to make many of us tired and out of sorts, kind of like my New England peeps feel when it snows in April.

Now, I’m not kidding myself into believing we have no more furnace-quality days in store; but once our mornings and evenings start to feel cooler, we know the worst is over. Life seems livable again. Shade is cool again. The automatic sprinklers can be set to “Off” for another year.

We’d had so heat, such drought! I’ve tried to be very sparing with the water, but one bed in the sidewalk garden is planted with the kinds of flowers the monarchs will be looking for on their way to Mexico in a few weeks. I can usually keep that bed going with water from the front rain barrel, but Marco and Lucy took care of that particular water supply just the other day.

I was filling the watering can from that rain barrel when I saw the two of them looking like two kitties who were up to something in the side yard. Hurried over to find them toying with a little black and silver lizard. Nope, nope, nope.

I scooped the little thing up and carried it a block away, in a direction the kitties don’t go. Placed it in a garden bed full of spiky plants and walked home, aggravated. Spoke sharply to Marco and Lucy, who reacted with predictable indifference.

Never thought about the rain barrel until much later, long after it had emptied itself into the watering can and onto a patch of lawn that would be outstandingly green for the worst summer weeks.

So many creatures have been coming up out of the woods in search of birdbaths and sprinkler puddles – maybe that’s why we observed at least half a dozen hawks in a tree across the street one morning. I had to flee into the house because they were surrounding a blue jay, who was crying piteously.

Floyd told me later that the blue jay was not harmed, but people tell me all kinds of stories like that so I won’t lose quite as much sleep as usual. They also used to tell me Lassie was just acting and never really got hurt, but as soon as that music started up I was in tears and had to go upstairs, out of hearing range of the TV. I’ve never even been able to handle lonely or suffering stuffed animals.

On one recent morning Travis and I saw a doe and her two fawns over at Hilltop. I’m glad to say they looked pretty well nourished considering the arid conditions. They could have been the same ones who scared the white spots right off Lucy Sparkletoes when she saw them in the yard next door a few weeks ago. I’ve never seen a kitty run into her own back yard so fast. Who knows what she thought they were? 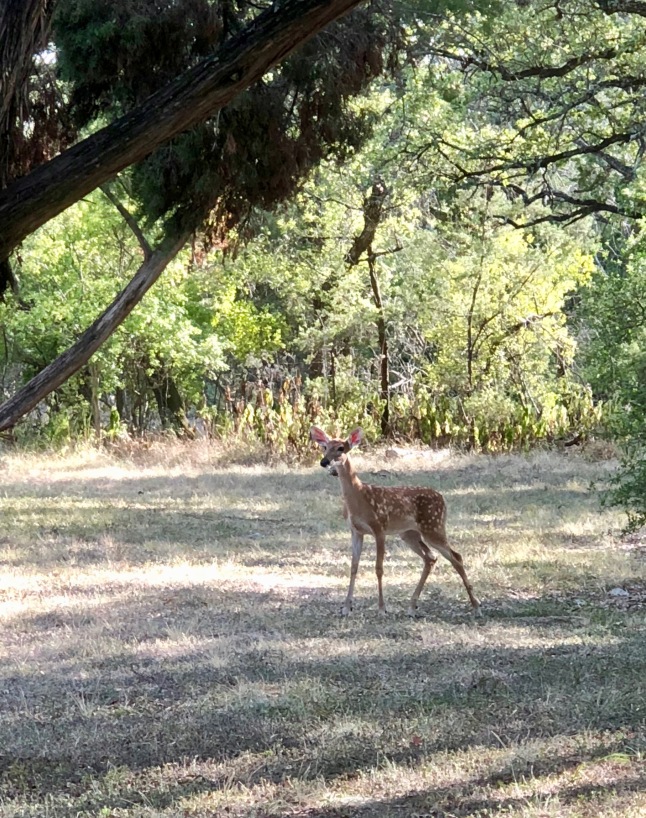 We’ve had rain in the forecast for a couple of weeks now, but I believe the newspaper people do that just to try to keep our spirits up. Then real rain started: first in nearby areas, then big colorful blobs on the radar screen drifting our way. This afternoon we took in an inch while I was taking a nap. Oh, for glad! as a child I knew once used to say.

I always love how the world turns green in seconds.

I keep a bunch of succulents outside the back door in one of the few spots where we have shade almost all day. A little morning light is good for everyone.

All summer the Pride of Barbados have offered bright splashes of color here and there all around the yard. They love to seed themselves, winning my heart with their proactive approach to the garden. And just when they begin to look a little peaked, the September rain brings them back to life.

September is a time when we have a new bloom on so many native and well-adapted plants. The crape myrtle outside the front window is covered in red flowers again, and the Turks’ Cap that brings color to shady spots bursts into bloom.

I do wish I had rain lilies in my yard! But at least they are all over the place in the ‘hood, popping up out of nowhere as soon as the clouds get their acts together. I take their pictures more often than is reasonable. 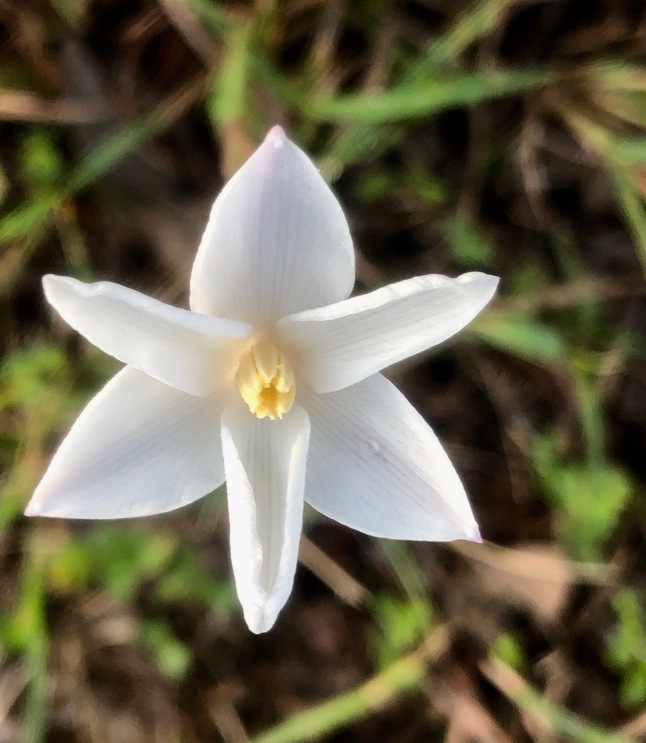 Just the other day I went looking for signs of the schoolhouse lilies that lively the front patio, and found their rounded green leaves emerging around the base of the duranta (that hasn’t bloomed all this year yet!). That’s another lily that will go from nothing to full flower seemingly overnight, as if the fall flowers figure they better hurry up even though our average first freeze comes in November.

But who knows what average is any more?

Our forecast calls for rain all week. I don’t know how much will actually visit our neighborhood, but when I see 70 degrees predicted for the night-time low I start to think of open windows again; and I think we’ve made it.

The worst of summer is over.

2 thoughts on “The Worst of Summer”